A Delectable Dichotomy: a review of Beltamar's War by CG Ayling

What surprised me the most about this book is that I had expected the lyrical, almost poetic, cadence to the writing. I had expected a deep appreciation for family. I had expected the book to be scattered with thoughtful, philosophical gems.  I had expected the characters to exhibit old world nobility. [Disclaimer: I have followed the author on twitter for a while now and I am an admirer.]  What astonished me while reading was that although I did find all of that, my attention and fascination wasn’t captured and held captive by the expected.

What lured me back to the book again and again was the fact that, at its very core it is a mystery novel - a fantasy-mystery novel to be sure, but a mystery nevertheless; and I think that is what makes it so powerful. It starts off relatively slowly. The author reveals the world of Malmaxa, the cast of characters, and the issues they are wrestling with, and all of a sudden the realization sneaks up on you that there is far much more at play here. The quest, the problem that needs a solution, the mystery that is crying for an answer, is simply not what you thought it was. Even graver, as readers, you are gripped with a horrific fear that even the characters are unaware that all is not as it seems. Fantasy books generally begin with the outlines of some noble quest clear. The villain and hero are presented in stark clarity and the ambiguity is left to the physical aspects of the beasts fought along the way. In the beginning of Beltamar’s War there is a foe…hello, actual war is being waged…but then, with every clue revealed, a new layer of intrigue is added.  A foe exists, whose sphere of influence is more vast and cunning than they are cognizant of. Years and years, centuries even, the Seizen are unaware that a  greater threat was driving what they perceived to be their greatest enemy; a horrific and fascinating development to watch unfold page by page. I could be wrong. That awareness bewitches me. Because, here’s the thing: I believe that the author is purposefully vague.
This book is one of those rare gems, where the author permits the reader the power to exercise and utilize their imagination, giving you the freedom to room, as opposed to taking you by the hand and dragging you through the entire stretch. A delicate dance between author and reader begins at the opening line. His words adorn the pages with gentle grace, while simultaneously being evocative of the parables of old; so make no mistake, there is work to be done between the covers of Beltamar’s War. Ayling clearly knows his world, characters, and storyline, yet tells of them in such a way that you feel, with deep certainty you know what is going to happen but are aware that you have been given no clear cut signs that you are correct; especially when each turn of the page divulges another complication. This story is perfect for the dedicated lover of books, who enjoys a challenge.
Somehow the author has created - a quick nod has to be given to the worldbuilding involved because it was superbly done - a world within a book that can mean different things depending on who is reading it. As I alluded to above, there is a delicious and delicate philosophical presence in the book. Each character battles with the freeing and yet simultaneously restricting issues of destiny and choice, and how much more complicated all of those matters can be when you are a member of a close knit family or community. It could be argued that Beltamar’s War has a heavy splash of the utopian fantasy.  The characters have a depth and duality to them that rings through to the tonality and as such, the air of nobility and family bonds presented are so clearly and purely loving; but look closer and you will feel the thrumming bands of tension, frustration, and a hidden need to break free from expectation, vibrate at the very core of them all as it threatens to bleed through with unrelenting vigor. Beltamar’s War left me yearning to know if I was right. Am I on the right track with my speculations?  Perhaps not or perhaps there is a Schrödinger's cat toying with me like a ball of yarn and Ayling did indeed gift the reader with the role of interpretation in his book.
I cannot simply leave without mentioning the tone. There is an ominous dash of unspoken disappear, an almost shimmering suspense, akin to the feeling that courses through you veins on that day where everything seems to be going one direction and you feel, at any given moment, without warning, the world as you know it may be turned upside down; or at the very least, the carpet might be dragged out from underneath your feet. It seems as though the story is told by a man who has seen his future and writes with a heavy heart, burdened by the knowledge that a deep loss is coming and he is helpless to stop it. There is so much old soul holding up these pages, which creates a delectable dichotomy between the uplifting nature of hope and the tethering nature of reality. As you slink between the cool concoction strength of will, the knowledge that the true value of being human is the ability to have and love your family, the exotic landscape, powers, and creatures made knowable and personable, is the awareness that it can be all swiftly taken away. Please be aware this is all me. In not a single corner of the book does Ayling even hint at this. It’s simply how it felt to read it. The skies were grey and heavy with rain the day I read it though, so perhaps my surroundings affected my perception. :) But it wouldn’t surprise me to find, at the end of the series, that the story was told by the last inhabitant of Malmaxa.  Hopefully I’m wrong and there will be an appropriately happy ending.


Look for the book here:
http://cgayling.com/malmaxa/links/ 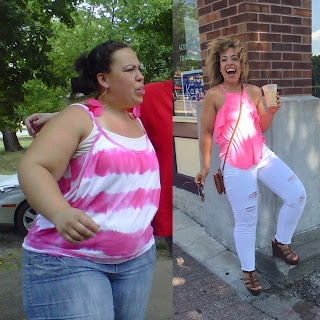 Amie Gallette
Missouri, United States
"On the night you were born, the moon shone with such wonder that the stars peeked in to see you and the night wind whispered, 'Life will never be the same.' Because there had never been anyone like you... ever in the world." -Nancy Tillman